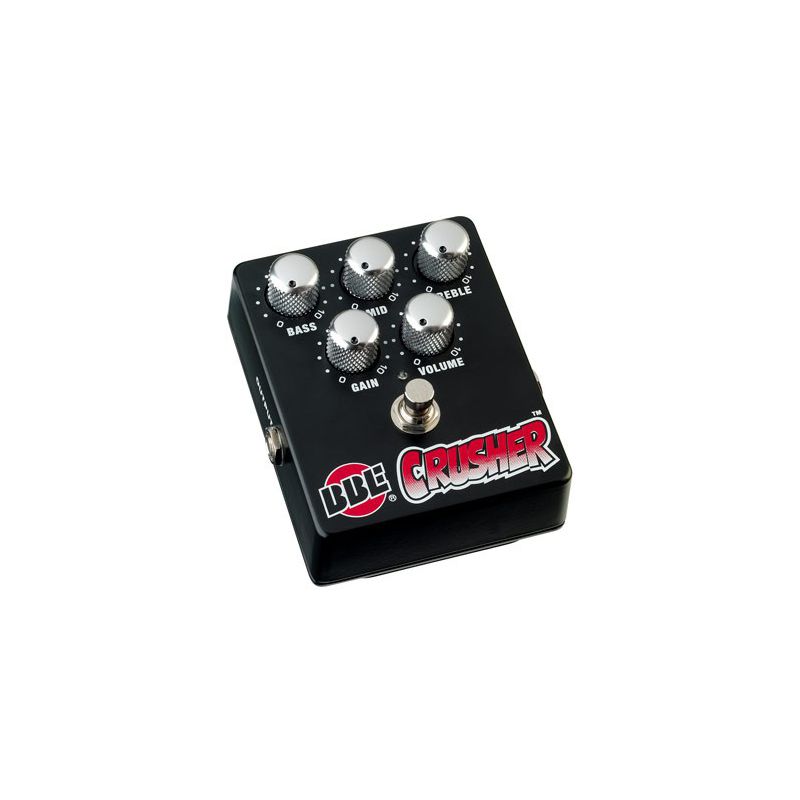 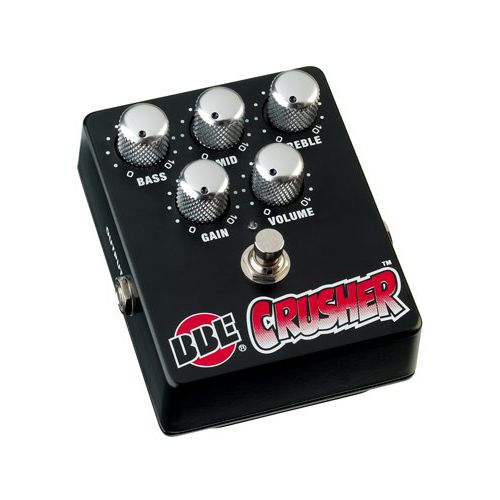 When you need a distortion pedal that sounds massive, not like an angry bee, call in the Crusher. As the name suggests, the Crusher is capable of face-melting distortion, but it's tight and musical too. In fact, used at moderate gain settings you can really hear the character that makes this such a versatile distortion pedal. A straight-ahead passive 3-band EQ gives it a feel just like you're dialing in a nice tube amp, a kind of interactive element that makes you want to experiment and find more tones. As with other BBE pedals, the Crusher is built like a tank, with a mil-spec circuit board, big, fat signal traces to let the tone flow, 1% metal-film resistors and of course, true hardwire bypass.

In this demo we're going for a really chunky yet searing tone, with the gain dimed but the mids and highs dialed back. We've got a Gibson Les Paul Standard going into the Crusher and on to a really nice '78 Marshall JMP amp.